Doorways in the Sand by Roger Zelazny

Book blurb: “Humanity is not alone in the cosmos. The aliens have given a precious relic to the people of Earth: star-stone. The harmony of the galaxy is at stake when they discover the disappearance of their star-stone.

Likeable Fred Cassidy is an eternal undergraduate. All he thinks he knows about the star-stone is that it came to Earth in an interplanetary trade for the Mona Lisa and the British Crown jewels.

Then Fred is accused of stealing the cosmic artifact, and he is pursued from Australia to Greenwich Village and beyond, by telepathic psychologists, extraterrestrial hoodlums and galactic police in disguise; as he enters multiple realities, flipping in and out of alien perspectives, through doorways in the sand.“ 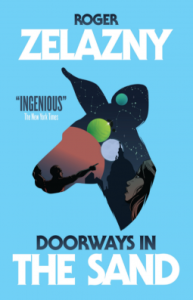 “Time means a lot to me, paperwork wastes it, and I have always been a firm believer in my right to do anything I cannot be stopped from doing. Which sometimes entails not getting caught at it. This is not quite so bad as it sounds, as I am a decent, civilized, likable guy. So, shading my eyes against the blue and fiery afternoon, I began searching for ways to convince the authorities of this. Lying, I decided, was probably best.” ― Roger Zelazny, Doorways in the Sand

A wacky, playful,  sci-fi book that doesn’t take itself too seriously.   Fred has been a perpetual student supported by funds from his cryogenic-frozen uncle.    An alien artefact “the starstone gem” goes missing and everyone thinks Fred has it, including the aliens.  What ensues is an adventure through multiple realities as we follow Fred’s quest to find the starstone and stay alive.

The main character Fred is amusingly eccentric and we are treated to the zany banter that goes on through his head.  But even he seems normal when you are introduced to aliens undercover on earth as a wombat and a kangaroo, a telepathic donkey and overgrown houseplant. There are a whole host of entertaining characters thrown into the mix but it stood out that there was a real lack of female characters in the book.

A good mix of sci-fi, sillyness and detective  novel.  Its a nicely quick and entertaining read with plenty of action and packed full of weird ideas and references.   There’s a lot of references to Lewis Carole’s works including Alice in Wonderland which made me smile: “Curiouser and curiouser.”  Zalazny has an entertainingly intelligent and  bizarre writing style that keeps you engaged throughout.  Each chapter starts at the end and then you jump back and forth before resolving the previous chapter and getting a new cliff-hanger.   It can get confusing but its all great fun.       I really enjoyed the book but found it  delightfully silly rather than funny.    Its a book to sit down with when you just want an up-beat sci-fi adventure  that’s truly weird and wonderful.

I received a free copy via Netgallery in return for an honest review.

One thought on “Book Review : Doorways in the Sand – weird, fun sci-fi” 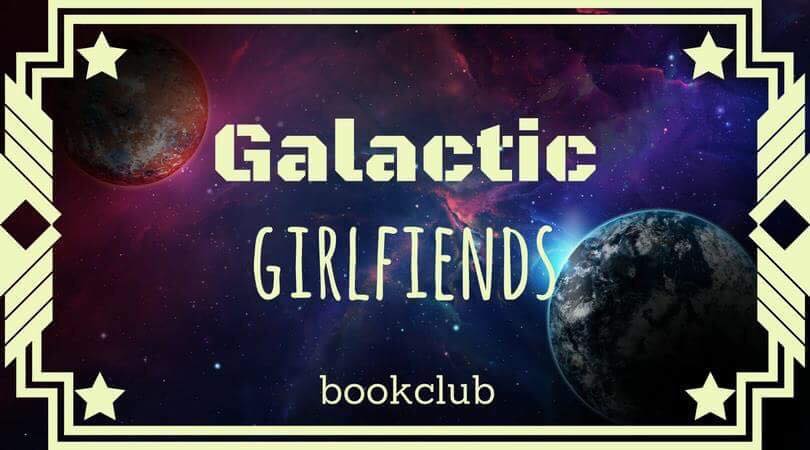